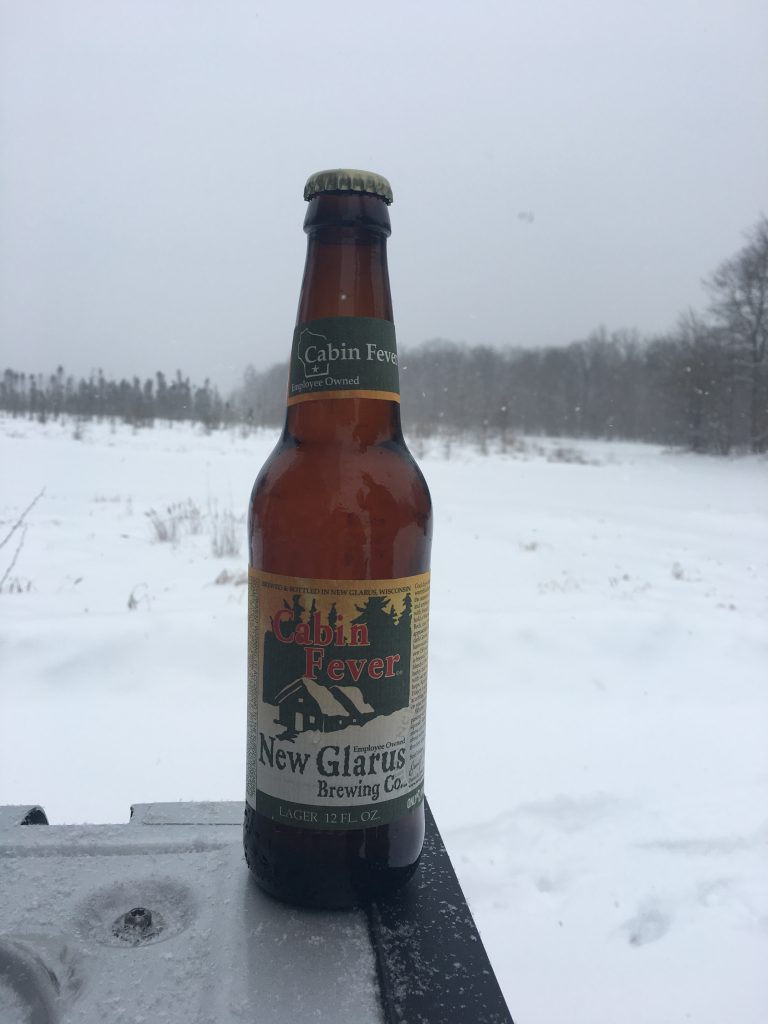 There’s not many things that can make a grown man cry quite like February in Wisconsin.  Go ahead and take your pick of the grievances I’m fixin to file with old man winter as of February 2019:

1-Its been colder than frostys @ss since Halloween

3a-The fact that roof raking is a part of my daily activities is the icing on the snow cake.  What is roof raking, you may ask? 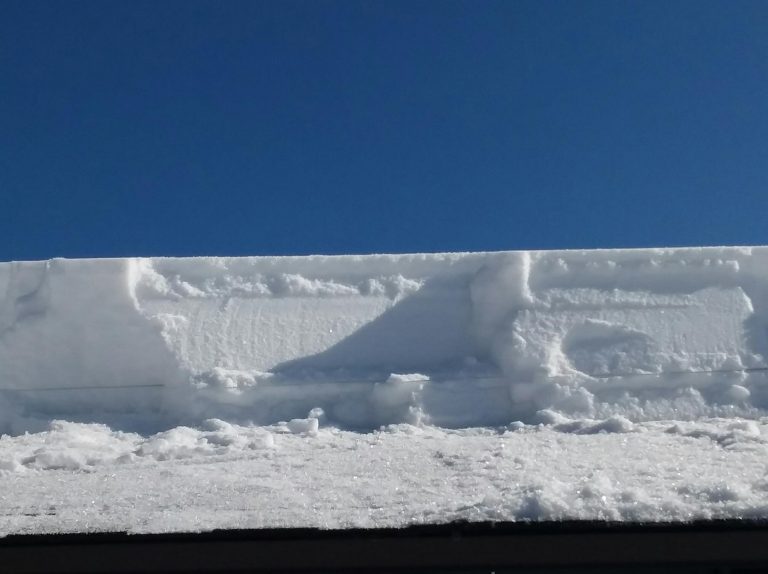 That my Wiscobrews friends is more than a little snow that engineering and my fiancee decided should come off the roof like, yesterday.  I stared at it real angry and it didn’t even budge.  I drank some Wisconsin Beer while glaring and still the snow remained.

My last resort was the dreaded roof rake.  A long handled device with a crude plow on one end and a cabin fevered Wisconsonite on the other.  Designed to scrape snow off your roof these things will have you scraping your arms off the floor in no time.

Still, considering the fact that I hadn’t seen the outdoors in pert near 4 and a half months roof raking sounded fine if not a tad strenuous.  Surely some more Wisconsin Gatorade was in order but just the flavor eluded me.

Summer Shandy didn’t feel right.  Oktoberfest, typically my favorite, was ready for the retirement home by now although both were still at the local grocery store.

The good news is like anyone I’m a sucker for good marketing.  New Glarus Cabin Fever called out to me from the shelf.  “Pick me, I know what you’re going through” it said like a balding counselor on Oprah.

And so it was done.  My new found friends and I embarked on a journey to get the snow off the roof and have a beer or two while doing it.

I put up a good fight.  I really did.  At one point in the battle we deemed it appropriate to haul a snowblower onto a deck and shovel snow directly into it if that tells you anything.

To keep my stamina up I drank 5 and a half New Glarus Cabin Fever Honeybocks.  Why 5 and a half?  Because the icy grips of winter transformed Beer into Ice while I was laboring away at keeping a literal roof over our heads.

That’s not fair considering this beer is very good. I thought it had a smooth honey aftertaste.  Not bitter at all and definitely a beer I will purchase again.

Per the New Glarus website this is a Wisconsin Style Honeybock at 6% abv.  This style of beer has been brewed in the badger state for over 150 years, which is nothing considering Bock beers were originally created in Einbeck, Germany in the 1400s. 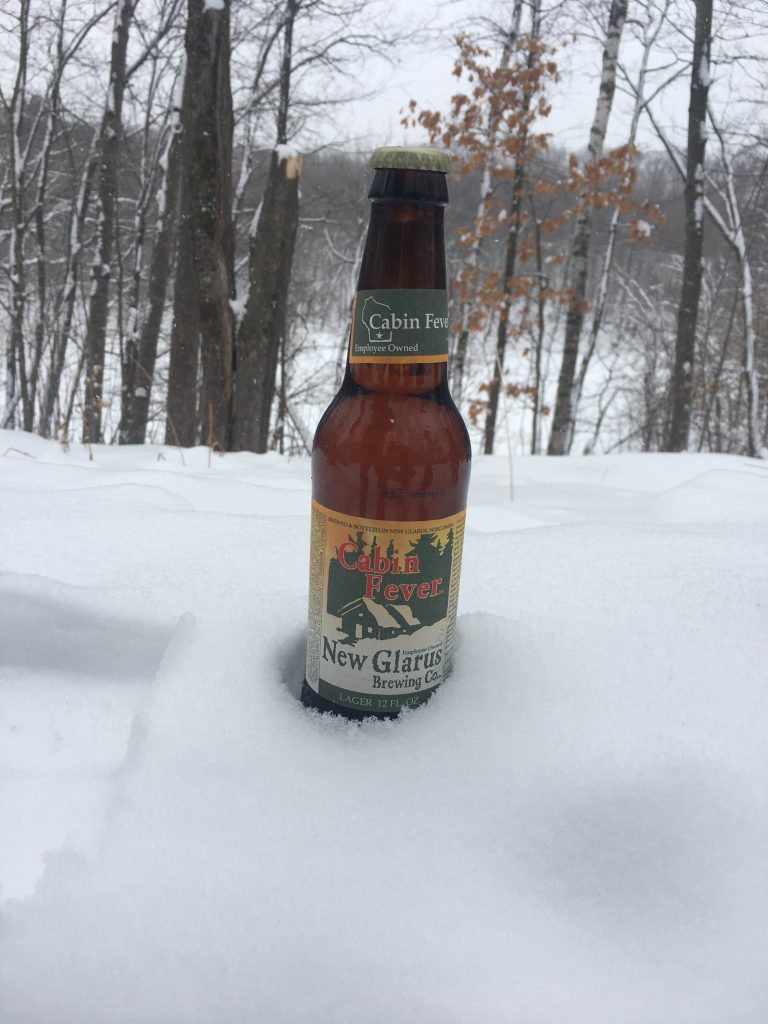 Enough Whining. Is this beer worth the bills?

If you find yourself looking like Jack Nicholson in The Shining New Glarus Cabin Fever might prevent you from chopping through any locked doors.

The smooth mild flavor makes this a recommendation for almost anyone.

For those who haven’t left the cabin for weeks I suggest you shovel out the car and head down to the local liquor dealer.

If shes’ in too deep der, check them out online at: https://newglarusbrewing.com/

Til the next round,