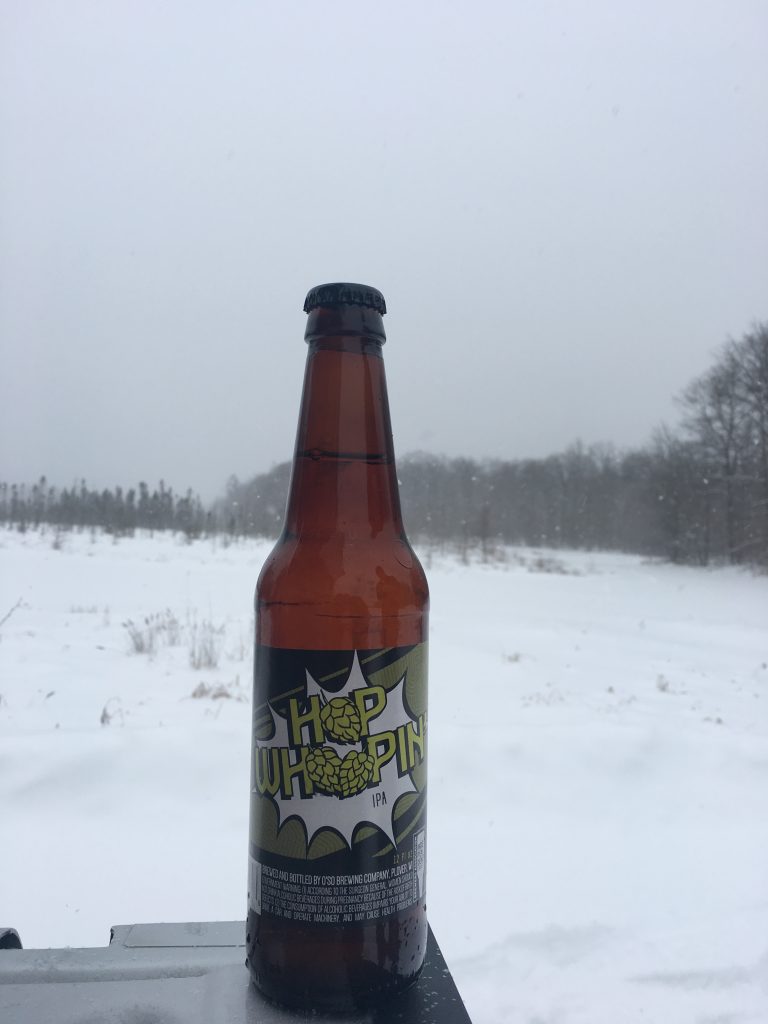 Prepare to have your hops whooped

Have you ever had a good time?  Then at some point you had a really good time?

This Wisconsin Beer whoops from Plover.   Plover is a small town near Stevens Point known for Medal of honor winners, senators and the clairvoyant NHL Captain Joe Pavelski.  Since 2007 O’so Brewing Company has also been working to get their own dot on the map by making some wild and delicious beers.

One of those beers is Hop Whoopin, an aptly titled IPA that we reviewed on a beautiful 6 degree Wisconsin day.  This is a lighter bodied IPA with a hop flavor that hits you like Moon Man on the Clay Matthews nutrition plan.

A “strong” statement I know.  Fortunately we had some New Glarus Moon Man on hand to fairly compare.  We found if you try Hop Whoopin followed by some Moon Man, you won’t even be able to taste the bitterness in Moon Man.  Hop Whoopin is a seriously bitter beer similar to Ale Asylums Hoppalicious but not over the top.  It has a smooth fruity finish that comes in at 95 IBUs.

I drank 4 of these damn beers just to make sure this review was accurate.  Suffering for you, the reader. I will say that this is a very bitter beer that the unenlightened may not enjoy.  That’s fine and it comes with the IPA territory.  What this beer does right is it tastes good and its smooth despite the insane amount of IBUs.

According to the 6 pack this beer is “Excessive, obnoxious, intense, freakish & deranged.”

We thought it was pretty damn good.  Check them out at:  https://www.osobrewing.com/

Til the next round, 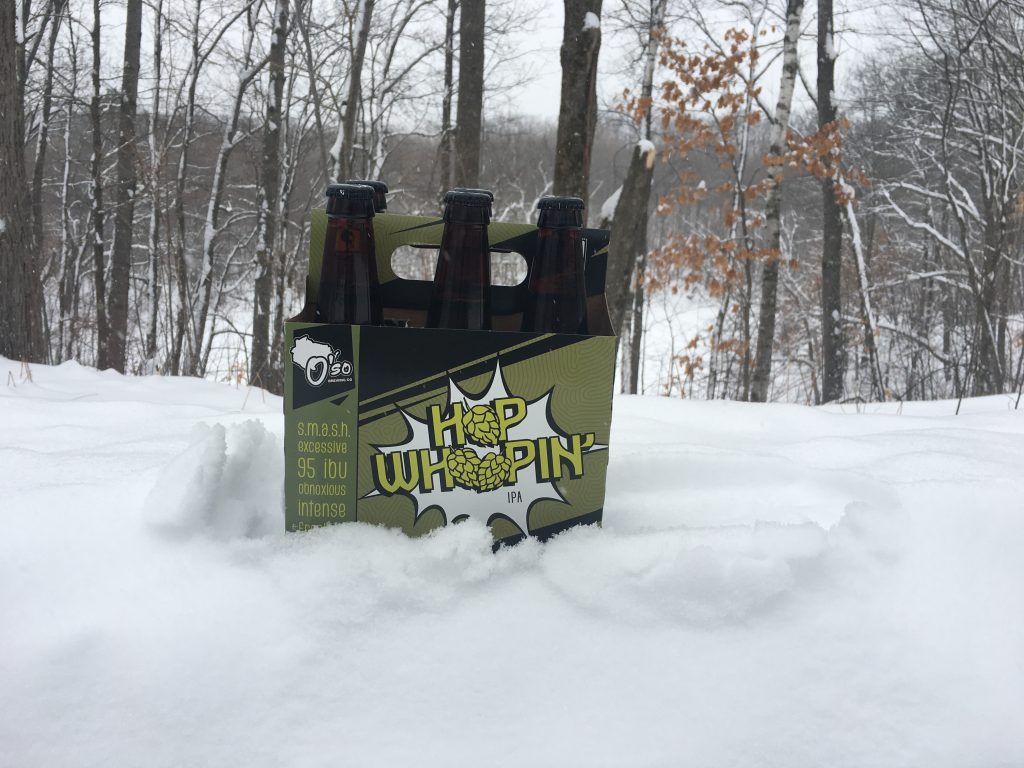